Old City, Philadelphia is the site of the first United States capital, as well as the home of the oldest continually inhabited street in America. For visitors to the city, this area is not to be missed as it is full of history, museums and the waterfront. 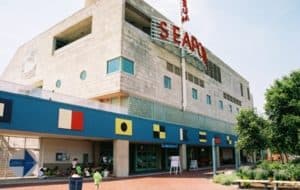 A museum located on the Delaware River, the Independence Seaport Museum’s goal is to share the maritime history of Philadelphia with the public. The scenic museum features two historic ships that visitors can board and explore – the first is the Olympia, the oldest steel warship that is still afloat, and the second is a WWII style submarine called Becuna. Visitors can also walk around the many changing exhibits that highlight various artifacts and equipment from the time when seafaring was the most prominent form of transportation. Throughout the year, several visiting ships dock at the port, giving visitors to the area a chance to see a wide range of different ships. The Seaport Museum is open daily from 10am-5pm.

Located across the street from Independence Hall and the Liberty Bell, the National Museum of American Jewish History is a great place to stop and learn more about the history of the United States. The museum seeks to explore and celebrate American Jewish culture and the many people who significantly influenced this vast country through various programs and exhibits. In the pursuit of inspiring an appreciation for cultural diversity in visitors, the museum holds many artifacts from famous Jewish Americans such as Albert Einstein, Steven Spielberg, Estee Lauder and Barbra Streisand. Open Tuesday to Friday from 10am-5pm and Saturday to Sunday from 10am-5:30pm. 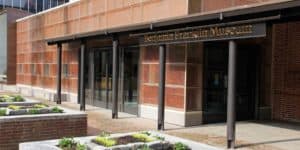 A museum dedicated to one of the United States’ most prominent founding fathers, the Benjamin Franklin Museum is home to many of the man’s personal artifacts. Visitors to the museum can be a part of many programs and exhibits to learn more about the renaissance man who held many different jobs throughout his life, with roles such as printer, scientist, diplomat and founder of many civic institutions that are still open today. The Ben Franklin Museum is open from 9am-5pm September to May and 9am to 7pm May to September. 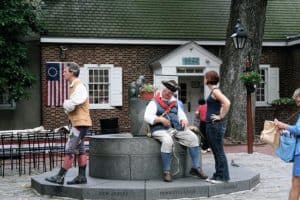 The birthplace of the American flag, the Betsy Ross House is a popular attraction to those visiting Philadelphia. The house itself is over 250 years old and features seven period rooms, which include bedrooms, a kitchen and a parlor. Within the museum, visitors can see many replicas of Betsy Ross’s upholstering tools and even some family objects. Children can interact with the amazing woman herself as she sews the flag and recounts the story of her life during the Revolutionary War. The museum also features two different audio tours for children and adults that explains the history of the house and what occurred within the many rooms. Open March 1 to November 30 from 10am-5pm daily and December 1 to Feb 28 from 10am-5pm Tuesday to Sunday. 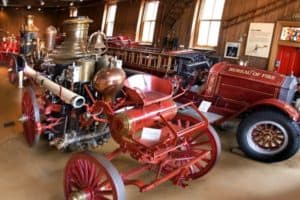 This fascinating museum is located in the heart of Old City within a restored firehouse from 1902. It boasts the title of being one of the nation’s premier fire museums, and houses many artifacts that celebrate Philadelphia’s firefighting history alongside several heroic moments. Visitors to the Fireman’s Hall Museum can view tools, uniforms, photos and old trucks from different points in time, while simultaneously learning about fire safety. The museum is open from 10am-4:30pm Tuesday to Saturday. 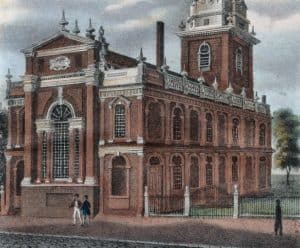 The church of many of the revolutionary leaders such as George Washington and John Adams, Christ Church was founded in 1695, while the present building dates to 1744 and still holds service today. It boasts a prominent steeple and was designed by famous architect, Robert Smith. The old graveyard, which can also be toured, is the resting place of seven signers of the Declaration of Independence and five signers of the Constitution. Visitors can tour the building and the grounds from 9am-5pm Monday to Saturday and from 1-5pm on Sunday. 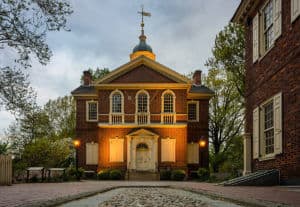 Built and owned by the Carpenter’s Company of the City and County of Philadelphia, Carpenters’ Hall is the meeting place of the oldest existing craft guild in the United States. During the colonial period, this building was a key meeting place for the founding fathers and even hosted the first Continental Congress in 1774. From Friday to Sunday 11am-3pm in the summer, visitors can participate in the ‘Meet the Makers of American History’ program and listen to stories of the revolution. The building is open from Tuesday to Sunday 10am-4pm. 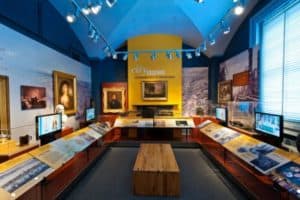 Founded in 1932, the Philadelphia History Museum welcomes visitors to step in and explore over 300 years of Philadelphia history. Visitors can see artifacts from the Revolutionary War until the present, with a range of items such as William Penn’s plans for this historic city to memorabilia from the many sports teams that locals are crazy for. The museum is open Tuesday to Saturday from 10:30am-4:30pm.